National maritime charity, the Shipwrecked Mariners’ Society, has revealed the eagerly anticipated results of its annual photography competition showcasing the UK’s coastline and its associated people and industry.

Following a challenging judging process of almost 1,000 entries, the prize for the overall winner was awarded to Chris Herring for his entry, ‘Fighting until the End’, a photo capturing an abandoned yacht at Cart Gap on the Norfolk Coast. The image landed the professional photographer a £500 prize voucher for photographic equipment.

In addition to the overall prize, winners were also named in four categories: 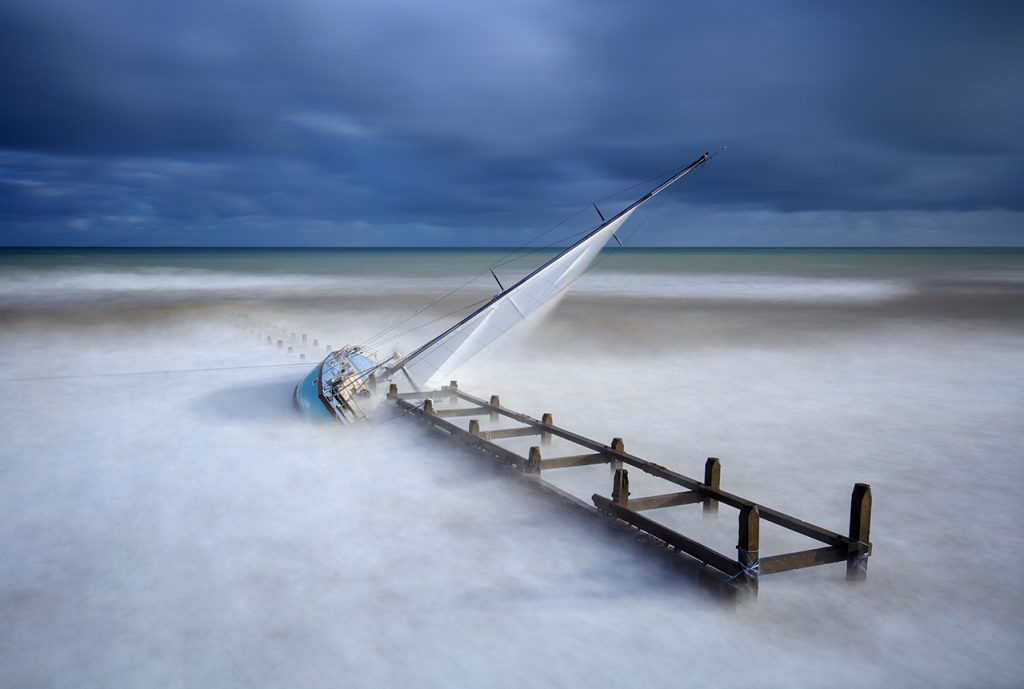 Chris Herring – Fighting until the End

The Society, which provides financial support to former seafarers and their dependants, was on the lookout for images of ships, harbours, ports, wrecks, seafarers and seascapes. The competition, sponsored by the Fishmongers’ Company and supported by Nautilus International, ran from the Society’s website www.shipwreckedmariners.org.uk, and across social media.

On the competition, Captain Osmond commented: “We received about 1,000 entries this year for the competition which is fantastic and many of the images portray those who we are here to support, with the competition enabling us to raise awareness of the maritime environment and those working in it.”

Discussing the winner, Ray Wells commented: “The overall winner is just a beautiful picture. Despite having 100 pictures on the table when we first arrived, there was one that really stood out. The quality of the photograph technically and aesthetically distinguished it from all of the other entries and we are very happy to make it the overall winner of the competition.”

To view a gallery of this year’s winning photographs, visit https://shipwreckedmariners.org.uk/photography-competition-2018/