An interview with Maggie Ballinger

An interview with Maggie Ballinger, author of Britannia’s Glory – A Maritime Story

Can you tell us about your background?

I was born in Crewe, Cheshire but grew up in Morden, Surrey. After studying history at the Universities of East Anglia and London, I pursued a career in NHS management. I now live in Sheffield, as do my two daughters and four young grandchildren.

Once I retired, my lifelong interest in writing turned from being a hobby into an almost fulltime occupation. It all started when I began writing in the seventies, storing all of my early manuscripts in a garden shed, where they were eaten by mice.

In 2012, after winning the inaugural limerick competition run by the Shipwrecked Mariners’ Society, I had the idea of writing a maritime history of Great Britain in verse. This was originally intended to be a short resumé; however, the compelling and diverse subject matter quickly exerted its grip, and Britain’s history began to look more and more fascinating “when viewed from the sea”, the original working title of “Britannia’s Glory − A Maritime Story”. 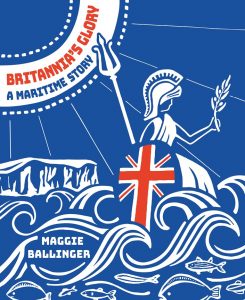 Why is Great Britain’s maritime history important to you?

Many people like to know their origins, and our maritime history is essentially a tale of how the British came to be British. From the Ice Age, until the advent of the aeroplane, the only means of reaching these islands was by sea. Along with people, (not always welcomed), we imported customs, practices, skills and languages. Over time, the invaders and immigrants were progressively assimilated, except for the Romans, who went back to Italy. Centuries later, people from Britain ventured abroad. Emigrants, traders, fishermen, convicts and missionaries travelled over the oceans to every part of the globe. We colonised distant lands and spread the English language.

How did the book come about?

My entry into SMS’s limerick competition has a sort of serendipity feel to it. I only heard about it (on Classic FM) through sheer chance, and only wrote it as a way of filling time, whilst waiting for someone who happened to be late.

When I met Malcolm Williams (then SMS’s Chief Executive) later in 2012, we briefly discussed the possibility of my writing a maritime history in verse, but my aim quickly become the production of the most comprehensive maritime history ever. A couple of books on the subject had been written, but there were a lot of topics these didn’t cover. Our past is more than navies and wars, merchant shipping and trade, and the fleets that venture forth to hunt and catch marine life. 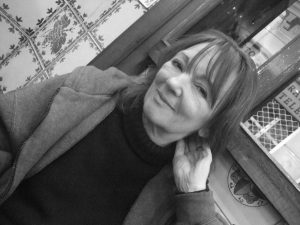 What is the most interesting period that you researched for the book?

The most fascinating period was probably the Second World War, especially the brave sabotage missions of the Cockleshell heroes, and those involved in the raid on Saint-Nazaire. The ingenuity of the hard-pressed British in organising these, in cracking the Enigma codes, and in preparing for the D-Day landings never fails to impress.

Probably that great British obsession – the weather! It has played such an important part in our history. The Norman invasion in 1066, the Armada in 1588, the Glorious Revolution in 1688 and the D-Day landings in 1944 − none would have happened as they did, if the weather had played out differently. Storms have led to many tragedies at sea and these, in turn, have resulted in a number of things, from improvements to Scottish harbours and fishing boat design, to the desperate need to find a means of determining longitude, and the creation of charities such as the Shipwrecked Mariners’ Society.

What do you hope readers will take away from the book?

Hopefully, everyone will discover something which piques their interest, and inspires them to want to find out more. But the book attempts as much to entertain, as it does to inform.  My overriding hope is that dipping into the pages becomes an addictively enjoyable experience.

Do you have any further projects on the horizon?

I am in the process of finalising a novel – Eliminate – which was written concurrently with “Britannia’s Glory”. An earlier novel entitled The Wish Gift has long since been completed but needs extensive revision. Then I may do something about trying to get them published.  A Wish Gift sequel has been frame-worked, and I have notes for a semi-autobiographical book.

“Britannia’s Glory – A Maritime Story” by Maggie Ballinger can be purchased here for £18.75 http://www.unicornpublishing.org/page/detail/britannias-Glory-A-Maritime-Story/?k=9781912690169