SS Anglo-Patagonian was a British steam ship built in 1910, used for transporting cargo, including aircraft, during WW1. The vessel was constructed by Short Brothers Ltd., Sunderland and at the time of her loss, she was owned by the Nitrate Producers Steamship Co., London. 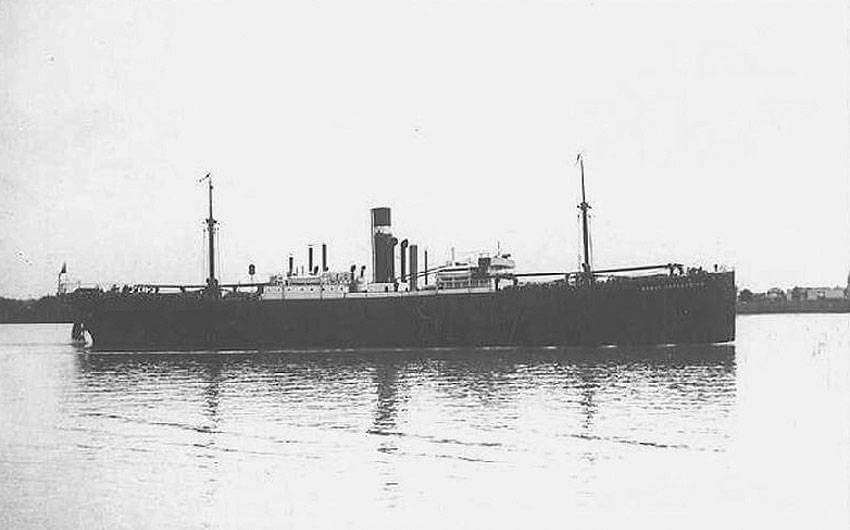 On 11 July 1917, Anglo-Patagonian was on a voyage from New York to Bordeaux, transporting aircraft, steel and other war material, when she was torpedoed and sunk by a German U-boat under the command of Ernst Voigt. At the time, the steamer of 5,017 tonnes was 20 miles WSW of the Sables d’Olonne.

The Shipwrecked Mariner’s Society has offered assistance for fishermen and mariners in need since 1839. The maritime charity provides help for mariners, retired seafarers and their dependants, through financial help including welfare grants, as well as assistance and support.