The Shipwrecked Mariners’ Society is calling on members of the maritime and rescue communities to nominate those who have demonstrated outstanding bravery and expertise in aiding those in peril at sea, for its 169th Skill and Gallantry Awards.

For more information about this year’s awards, click here. 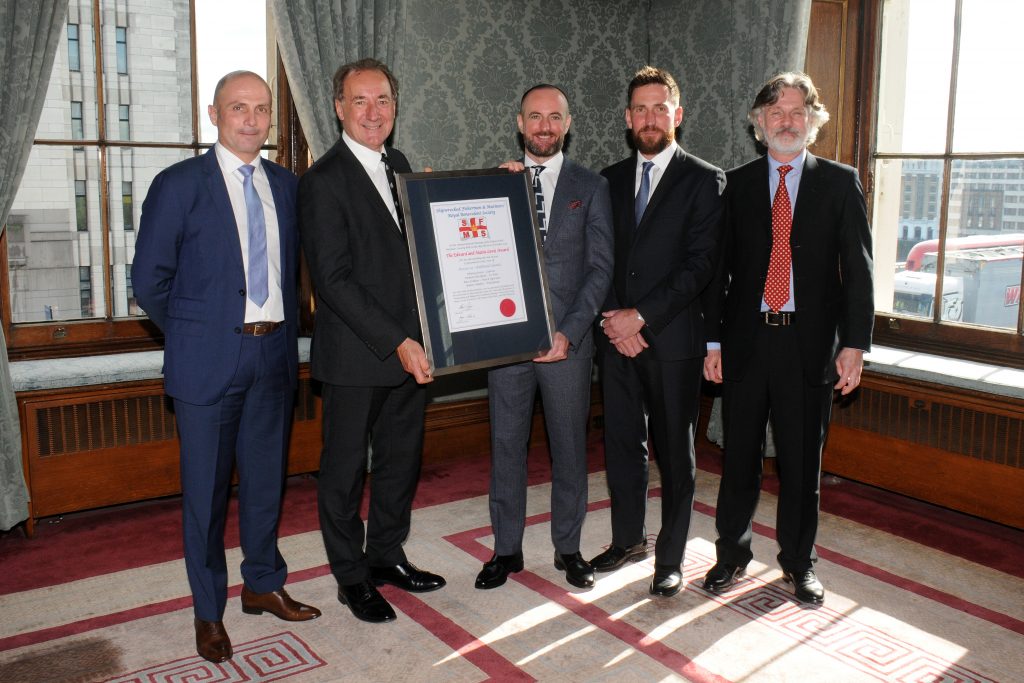 The Edward and Maisie Lewis Award, for an ‘outstanding rescue’, was presented to the crew of Rescue 01, based at Mount Pleasant Airfield in the Falkland Islands, for carrying out two consecutive, complex and demanding rescues that would in turn put themselves at risk, with no secondary search and rescue helicopter following behind in case of emergency.

The crew were honoured for their courage and determination in the rescue, having operated at ranges well beyond those that would be normally expected. 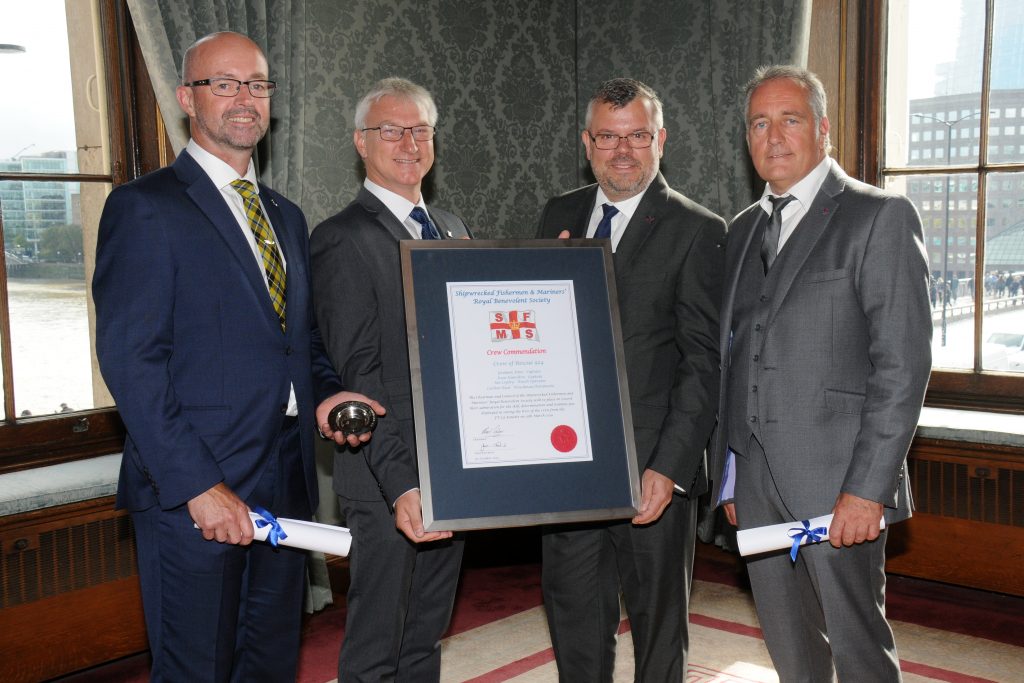 The crew of a rescue helicopter 924 were honoured for outstanding airmanship, teamwork, skill and determination following the dramatic rescue of six crew members from a stricken French Fishing Vessel earlier this year.

The rescue was conducted at night, in atrocious weather and sea conditions, with the added pressure that the vessel was slowly drifting towards rocks. Although the fishing crew were wearing immersion suits and life jackets, if they had entered the water, their chances of survival in the raging sea would have been very slim. The rescue was dynamic and in appalling conditions, but from commencement of the winching it took less than 20 minutes to recover all six crew and winchman to the aircraft. 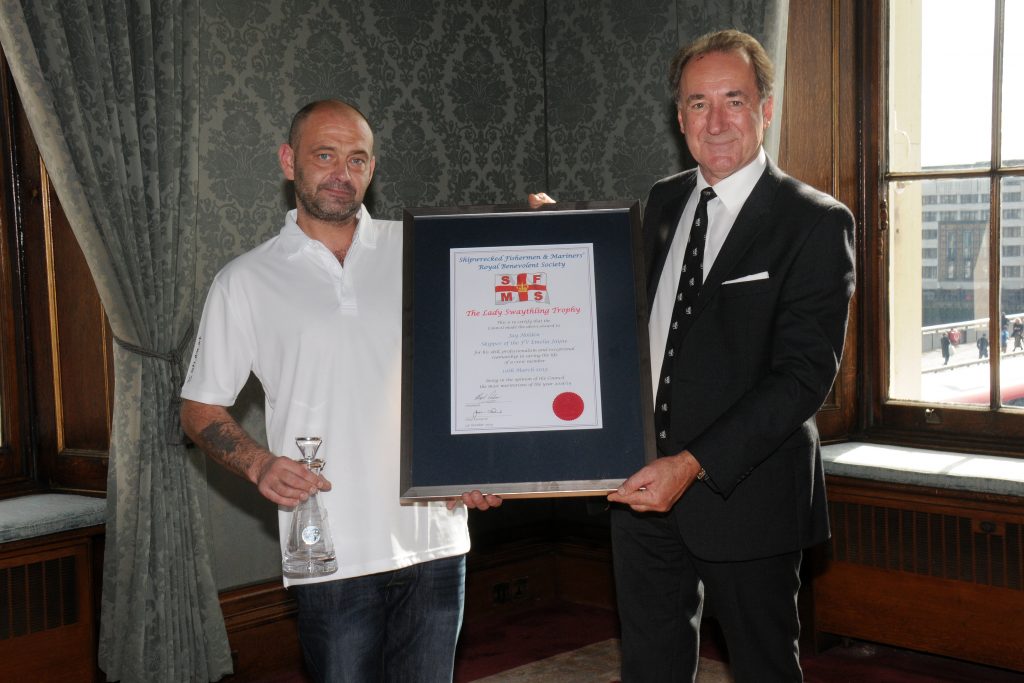 Jay Holden, the skipper of the Fishing Vessel Emelia Jayne, was awarded the Lady Swaythling Trophy for outstanding seamanship, having facilitated the rescue of his crewmate earlier this year.

In the early hours of Sunday 10 March 2019, a fisherman from the Emelia Jayne was swept overboard having been struck by a large wave which lifted him off his feet and over the side of the vessel.

Whilst the rescue of his crewmember involved multiple parties, Mr Holden’s quick thinking, cool professionalism and excellent seamanship, including a long-term focus on maintaining a robust safety regime, underpinned the amazing rescue. 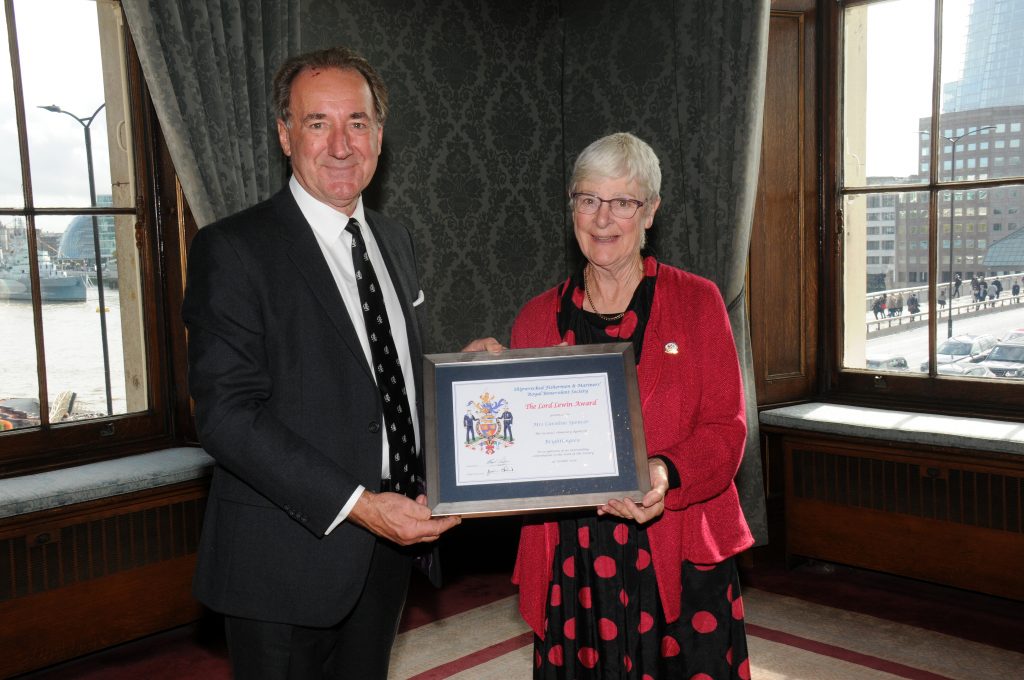 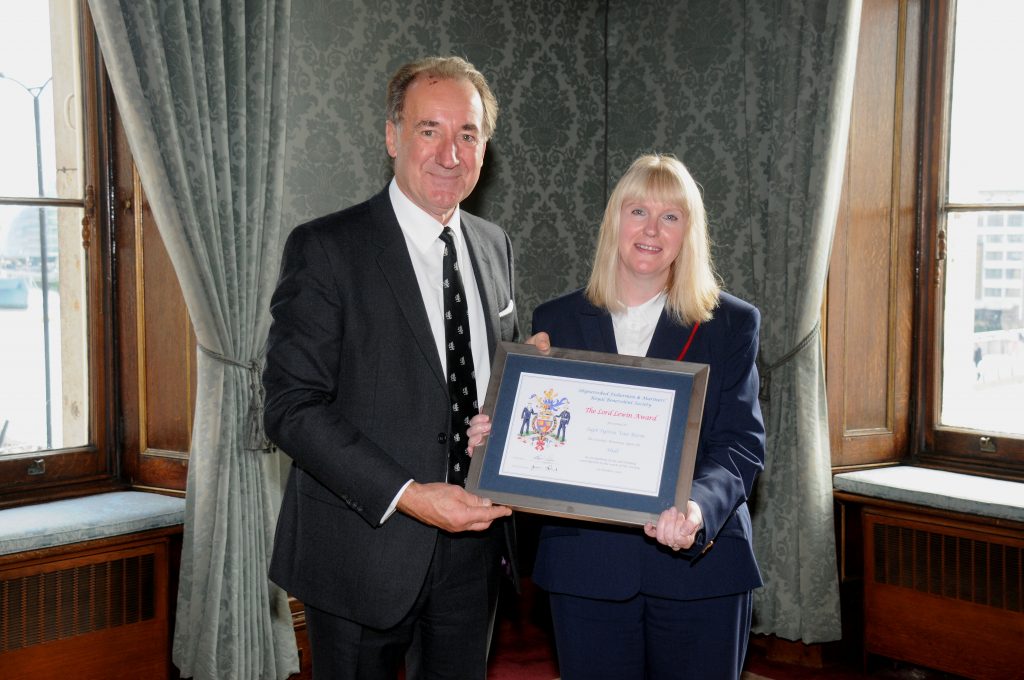 Since 1839, the Shipwrecked Mariners’ Society has provided financial and practical help, assistance and advice to fishermen and mariners and their dependants who have suffered hardship, misfortune or poverty, as a result of being at sea or in retirement.

You can also Gift Aid your contribution, meaning the Society can claim an additional 25 pence from HM Revenue & Customs for every £1 you donate.

You can post a contribution at any time to 1 North Pallant, Chichester PO19 1TL – cheques should be made payable to ‘Shipwrecked Mariners’ Society’.