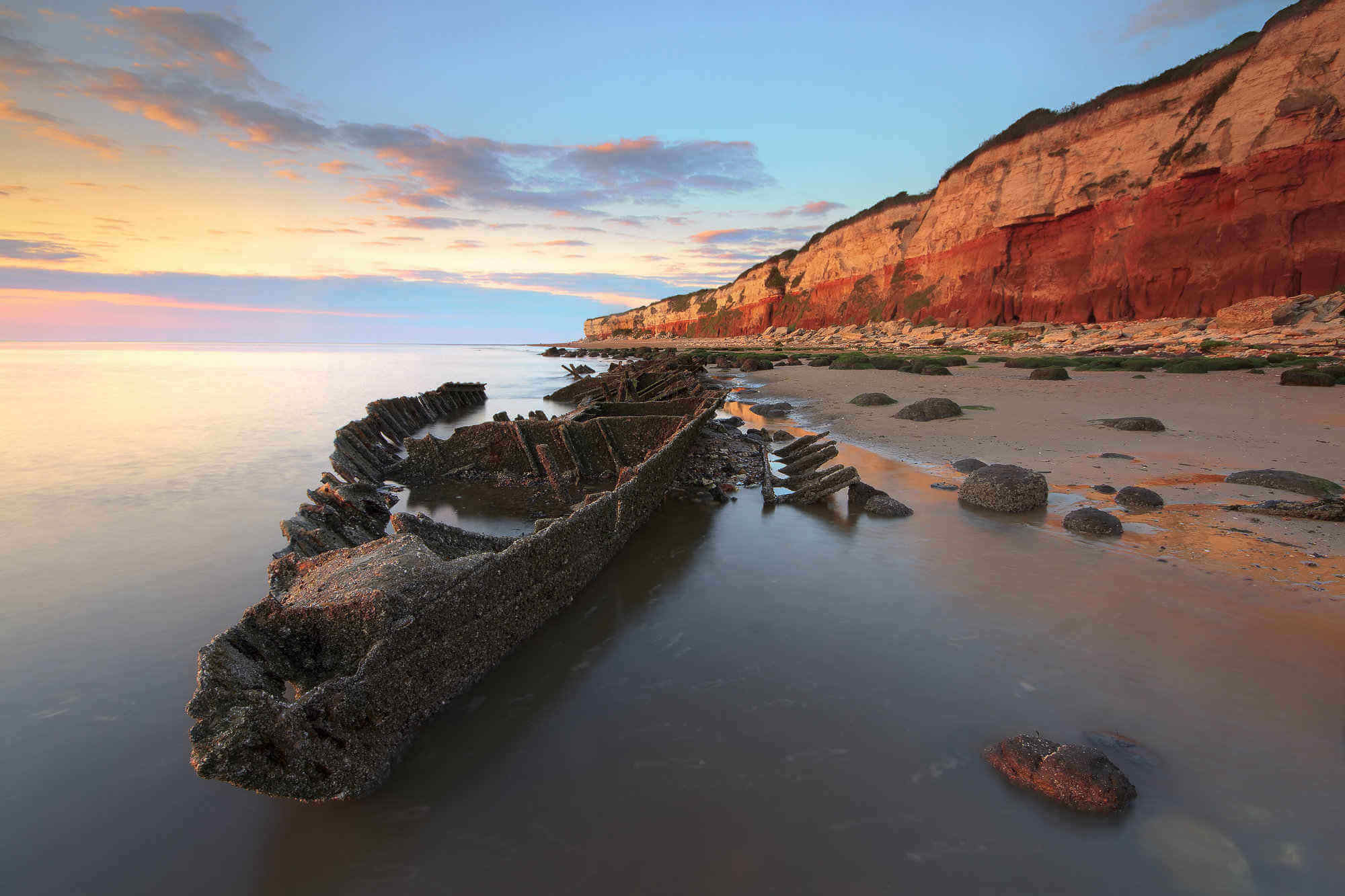 The winner of a national photography competition to find the UK’s best sea view has today been announced by one of the UK’s oldest maritime charities, the Shipwrecked Mariners’ Society.

Entries flooded in from across the UK with the winning image having been taken by Justin Minns, a graphic designer and passionate outdoor photographer from Suffolk. His photo featured the shipwreck of the Steam Trawler Sheraton, on Hunstanton Beach in Norfolk.

The competition, which attracted more than 400 entries, was judged by a panel of experts; Matt Havercroft, editor of Discover Britain Magazine, Kate Westaway, a marine photographer and TV producer, and Commodore Malcolm Williams, the Charity’s Chief Executive.

The runner up images were submitted by Dave Peake from Devon, with his photo taken half underwater in Kingsand rock pool in Cornwall, and Gary Cox from Gloucester with his photo of Porthcawl Lighthouse in Bridgend, Wales.

The competition was run from the Charity’s website and across social media, with participants encouraged to send in photographs of what they believed best encapsulated Britain’s coast, seafarers, and the sea; whether in relation to the work of fishermen, merchant mariners, or wildlife and seascapes – anything which shows and celebrates our intimate connection with and our reliance on the sea and seafarers.

Justin’s prize is a five-day return crossing from Dover to Calais donated by P&O Ferries along with an engraved Shipwrecked Mariners’ Society barometer.

On the winning image, judge Kate Westaway, said: “Justin’s picture was fantastic, it stood out to me when I initially looked at the pictures and it also immediately stood out to the other judges. It really does give you a sense of our relationship with the sea and how cruel it can be.”

Shipwrecked Mariners’ Society Chief Executive and competition judge, Commodore Malcolm Williams, said: “This year the competition has received a great number of entries of a very high standard. There was a huge variety of photographs from all round the country, from coastal views to open sea, fishing vessels and container ships, taken from dawn until sunset, each in its own way reflecting our nation’s intimate relationship with the sea.”

“The work seafarers do to provide us with food and other necessities to ensure our standard of living is extremely important to the UK as an island nation. This competition is a great way to celebrate our commitment to those who dedicate their lives to the sea. I would like to thank all those who took part.”

The Charity, which is celebrating its 175th anniversary this year, provides financial support and information to retired seafarers in need, and also to those injured or too ill to continue working at sea.

In the last year the Shipwrecked Mariners’ Society handled 650 new applications for assistance and distributed £1.4million across 2,200 cases of need.

Watch the judging of this year’s photography competition below: