Celebrations of the Sea aims to honour the maritime industry’s unsung heroes. From the fishermen who brave the UK’s stormiest seas and traditional lobster pot makers who keep precious fishing traditions alive, to our most talented celebrity chefs who transform fish into some of the nation’s favourite dishes – all are celebrated in this unique and special photography exhibition.

Born out of a partnership between national maritime charity the Shipwrecked Mariners’ Society and renowned underwater photographer and TV Producer Kate Westaway, the project is a celebration of those hardworking individuals who work in and around the sea. More information on those featured in the exhibition can be found below.

As a nation we rely heavily on the sea practically and recreationally. Over 95% of all Britain’s imports and exports go by sea and fifty million people travel to, from and around the UK by ferry each year. The UK maritime sector directly employs over 250,000 people and is a £37 billion turnover sector, bigger than aerospace and agriculture combined. And yet too many former fishermen and mariners suffer from financial hardship.

If you enjoyed our free exhibition please help support seafarers in need by making a donation in the nearby collection pots or by donating online. All donations will go direct to the Shipwrecked Mariners’ Society to support its work on behalf of the UK’s retired and impoverished fishermen and mariners.

Events were held at Sea Life Centres around the UK, launching in Brighton; and then moving to Weymouth, Birmingham, Blackpool, and finishing in Scarborough.

We hope you enjoyed the exhibition.

The people behind the picture

The Celebrations of the Sea exhibition features a wide range of seafaring professionals,
from world-class surfing and diving champions to fishermen and celebrity chefs. 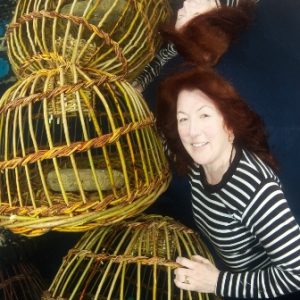 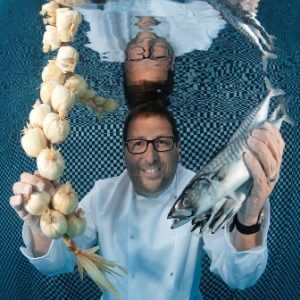 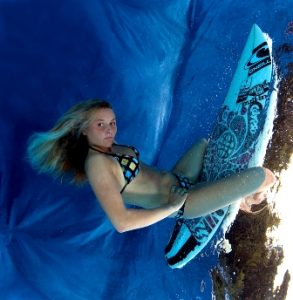 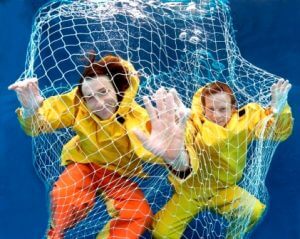 The Shipwrecked Mariners’ Society was founded in 1839, to support ex-merchant seafarers, fishermen and their dependants in times of financial hardship. Its patron is HRH The Princess Royal. With a volunteer network of over 200 Honorary Agents throughout the British Isles, the Society handles several hundred new applications for assistance each year distributing over £1.5 million in over 2,600 cases of need, helping retired or disabled seafarers and their dependants in the past 12 months. Click here for more information about the Society. 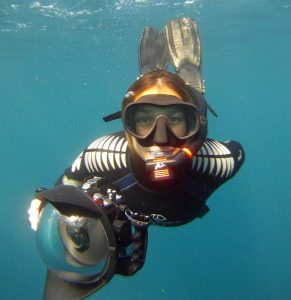 Kate Westaway has been taking pictures professionally since 2000 and has worked with a wide range of subjects from rare marine life across the globe to high profile stars such as Angelina Jolie on the set of Tomb Raider II.

In addition to her photography, she also works as a freelance Assistant Producer in TV and has previously worked with Bear Grylls on the Discovery Series Man Vs. Wild.

With thanks to our sponsors – John West

1857, catching only the finest wild fish. Today, they still fish the world’s oceans with their own fleets and fishermen which gives them an immense understanding of the difficulties faced by fishermen and the industry.

In recent years, John West has been the first to bring a number of innovative products to the market, from the very first tuna chunks and tuna in brine, to their latest innovation, No Drain Tuna Steaks which can be served straight from the can without the hassle of draining it.

The company became involved in the Shipwrecked Mariners’ Society’s Celebrations of the Sea project as part of its ongoing commitment to being a responsible employer and supporter of the maritime industry.

With thanks to our supporters – CEVA Logistics

Approximately 50,000 employees are dedicated to delivering effective and robust supply chain solutions across a variety of sectors and CEVA applies its operational expertise to provide best-in-class services across its integrated network, with a presence in over 170 countries.

With thanks to our supporters – SEA LIFE Centres

Hosting over 500 different species of sea creature with 35 centres across the globe, SEA LIFE is the world’s largest aquarium network. SEA LIFE hopes every visit will inspire guests to love creatures of the sea as much as we do after learning all about ocean conservation and SEA LIFE’s passionate work to rescue seals, sharks, turtles and sea horses. With so many centres to enjoy, activities and creatures vary at each SEA LIFE location.

Please check www.sealife.co.uk to see what is on offer at the SEA LIFE centre you wish to visit.