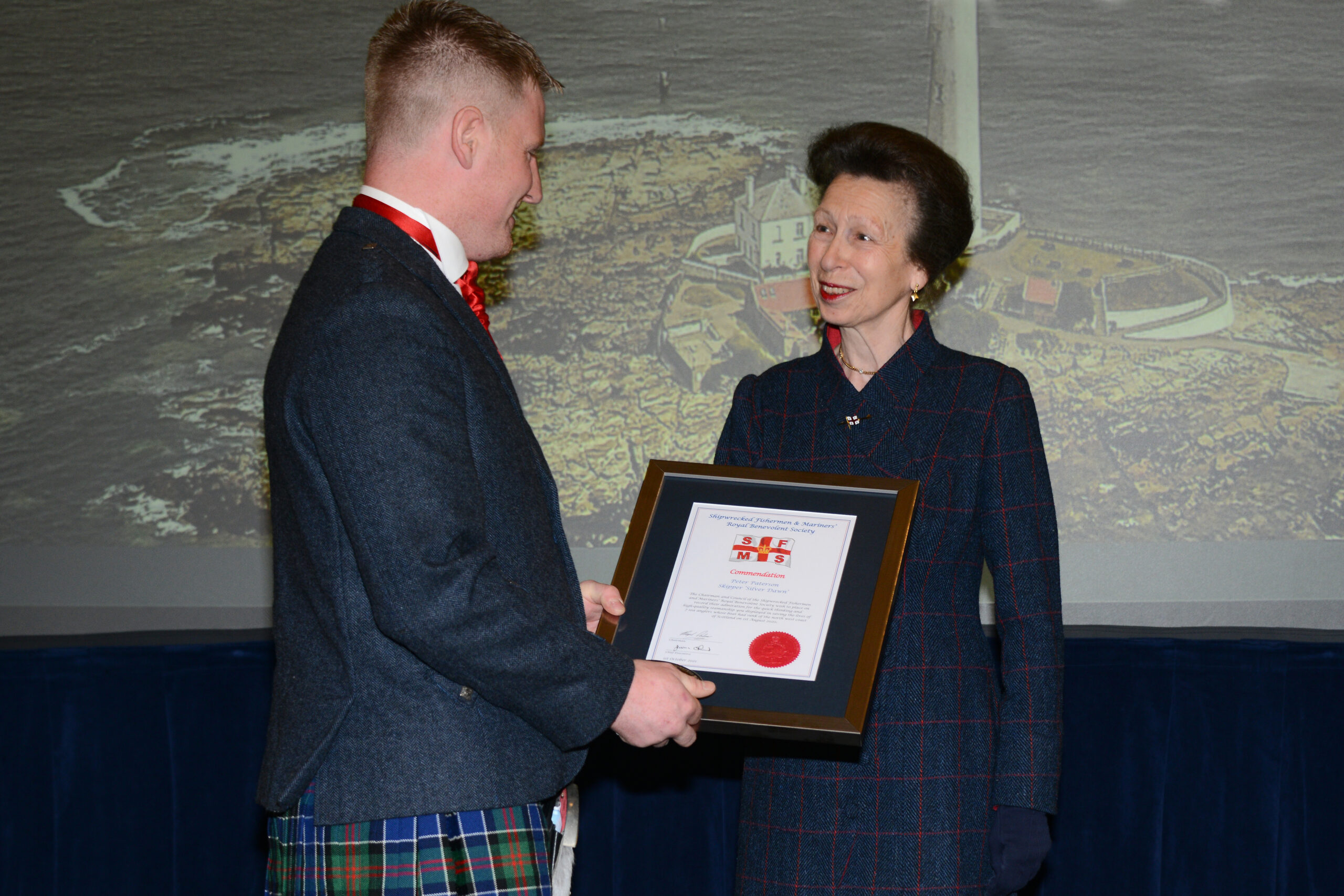 For meritorious actions in rescuing others

Quick thinking and high-quality seamanship saved the lives of 7 sea anglers whose boat sank off the northwest coast of Scotland.

On Saturday 1st August 2020, the sea angling vessel Kerry broadcast a mayday stating that she was rapidly sinking. With only a few brief minutes to abandon ship, the skipper and 6 sea anglers were unable to inflate the life raft before the vessel went down. Once in the water it became clear that several of the anglers couldn’t swim and that some hadn’t donned their life jackets correctly; as such they were having to physically cling onto them to remain afloat, a task made even more difficult by the hypothermic effects of the cold sea water.

The mayday call was heard by a local fisherman, who knew the boat’s owner and immediately contacted his son, Peter Paterson. Peter rushed to his own boat Silver Dawn, which was moored in the harbour, and persuaded a friend to act as his crew. Arriving at the scene sone 25 minutes later, the casualties could be seen only a few hundred metres away from the cliffs. Two of the casualties, both of whom were over 70, were clearly suffering the effects of cold-water immersion and needed to be rescued quickly. Expertly manoeuvring his boat and with the skilled assistance of his crew member, he picked up the first 2 casualties before positioning to embark the remaining 5. Once aboard he transported all of the casualties back to Kinlochbervie harbour, where the emergency services were waiting to provide medical support. 3 of the anglers were transferred to Inverness Hospital, but thankfully released later that day.

In essence Peter Paterson’s swift and selfless actions led to a textbook recovery of 7 personnel, some of whom may well have perished if they had remained there any longer. As such he is fully deserving of an individual commendation for a time critical rescue.